The former king and queen were murdered in a plot to take over the throne. As the Heir's shadow, it is your responsibility to get the last survivor of the royal bloodline to safety and the only way to do that is to go through The Forest Of The Lost. You remember being told stories about how it came to be and about the people that reside inside of it, but mostly you remember that there are few that ever make it out alive.

With The Thing that has been following you from the moment you first stepped into The Forest and the person you hired to guide you not caring about your lives, will you become another body lost to The Forest, a part of the many rumours that surround it, or will your mission succeed?

The person you hired to guide you through the forest. However, they are merely here to make sure you know its rules, would you be to break one...

Colder than the Huohl mountains and terrifyingly efficient. They do not care about anyone but themselves, but regardless of their impatience, they are willing to teach you their ways. Can there be any warmth in those eyes or will this be the only side you’ll see of them?

The one you swore to protect and the reason for this journey. You’ve worked as their shadow for 10 years, will it be 10 more?

Always adorned in bright colours and jewels, it’s strange to see them without it now. Don’t be fooled by their diplomatic words and honeyed smiles, they have a mind sharper than any blade you’ve ever held. You’d do well to listen to their advice.

The heir’s right-hand person, they also happen to be your closest (only?) friend. You have worked alongside each other since the beginning, it’s no wonder they are coming with you on this journey.

Known for their teasing and pranks, they are the pinnacle of a good time. However don’t cross the ones they care about, as even if they don’t know how to throw a proper punch, they are stupidly impulsive.

From the moment you stepped foot into The Forest they have been following you. Do they want something from you or are they just curious? Will you find out? The only thing you know is that they cannot be human...

For more frequent updates, information about the characters and questions, please visit my Tumblr.

This game is really nice to play. The plot is amazing and I love it a lot!! The romance path with the crown may be one of the route I would love to see more development. We have been working for them for 10 years so I would love to see like, more flashback of romantic moments from during those times if we are romancing the crown. It would depict more depth to the relationship I think.

Well, I still can not wait to see more update of this. All the best wishes for u!!!

typo report:
"Names are powerful, one should take care to give them to just anyone.
it's missing a "not" after care!

You weren't entirely what he was referring to, but you imagined it had something to do with the sensation from before.
it's missing a "sure" after entirely!

And again me, for the color palettes! I think your light theme is somewhat broken?? the switch from dark to low contrast works without issue, but the light theme has a nice sweet blue for the menu UI, but the screen and text are black in black and you can't see anything, while you need to reload the page if you want to change back to one of the dark themes again. COULD also be a cache issue, I'll play around with it later and report if anything changes!

Nope completely my fault, I forgot to add something. Completely fixed now (hopefully), although you'll still need to reload the page when switching from light to dark mode.

Which one is the estranged option? Could you please make that more clear?

The option where Judda doesn't hug you is the estranged one. I'll specify it in the next update, sorry about that

It's alright thanks for replying

I think that's plenty clear, but I also believe it would be better to integrate that into the choice rather than put a stage direction there. "He only shoots you a quick smile, you aren't as close as you used to be." no other backstory explanation necessary in that moment as time is of the essence and everyone's mind is not really on childhood memories and nostalgic recollections.

Heya, I just came to this page and opened the prologue and already the bright white on black/dark is honestly hurting my eyes a bit and makes it hard to read. Could you implement a softer color palette as an alternative, please? like beige on green to stay with the theme or something along those lines?

I added the possibility to make the text colour a softer, sandlike colour. Let me know if it helps, otherwise, I'll look into some more theme changing options tomorrow

Yes, thank you, that's already so much better! It's still overall very dark, but I guess it does fit the mood. The background image isn't meant to really be seen, right? Just like really getting lost in the woods at twilight. (I've been in a forest at night. it's pitch black, you can't see the hand in front of your face until you get to the edge or a clearing with no trees where you can see the sky. It reminded me of that!)

P.S. Now, if you could kindly also change the color on this here information page? bc it's equally as glaring. the green is very nice, though!

heya! just found this and gotta say I love the premise. can’t wait to find out more about the characters, esp Judda and Aeral (already halfway obsessed with them and the lovely dynamics they have with the PC ngl!!)

I'm glad you like the characters, I can't wait for you to meet the final RO and learn more about them all

This is... awkward. It seems like in order to play this game, I would need to be playing a character who would be friends with Judda, otherwise it kinda loses any sense of immersion. That seems rather limiting, especially since I don't even know what type of person *would* be friends with them (Though that could just be because I personally absolutely would not in a million years be friends with them).

I understand it takes away some player choice that you have an established friendship with one of the characters, but it is somewhat necessary for the plot. However, you can make decisions and react to their actions in a way that lowers friendship, the game will comment on your bond not being as strong as before, but it will not limit your gameplay outside of dialogue/how the character treats you.

Your comment made me think about maybe adding an option at the beginning that your bond will be either high or low, but I'll have to see if that's possible.

Thank you again for your feedback, I really appreciate it <3 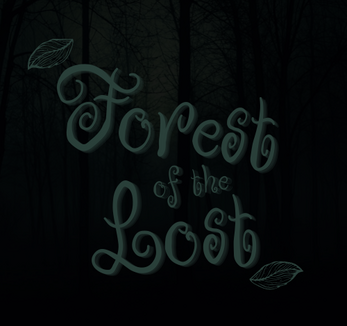